BAY Windows
Bay Windows are three single windows joined together in any angle between 15ºto 90º (usually 30º and 45º) to create a window protruding from the wall surface. In most cases, Bays are made from three windows consisting of a large picture in the center flanked by two smaller windows on the side, which can be stationary or operating casement windows.

BOW Windows
A bow window is a series of four or more single panel windows joined together to form a gentle radius at an angle between 10º to 40º, creating a stylish window that protrudes from the exterior wall of your home. 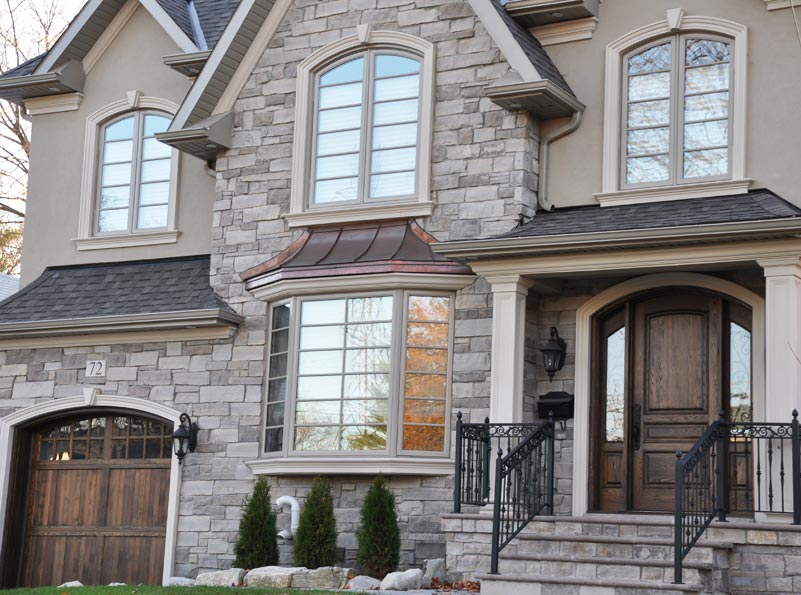